"The First Month of Mine Blocks Beta!"
❮
Previous
Latest
Next
❯
Tweet

First, a happy holidays and merry Christmas to everyone! I wish everyone and their families a joyful and cozy end of the year! 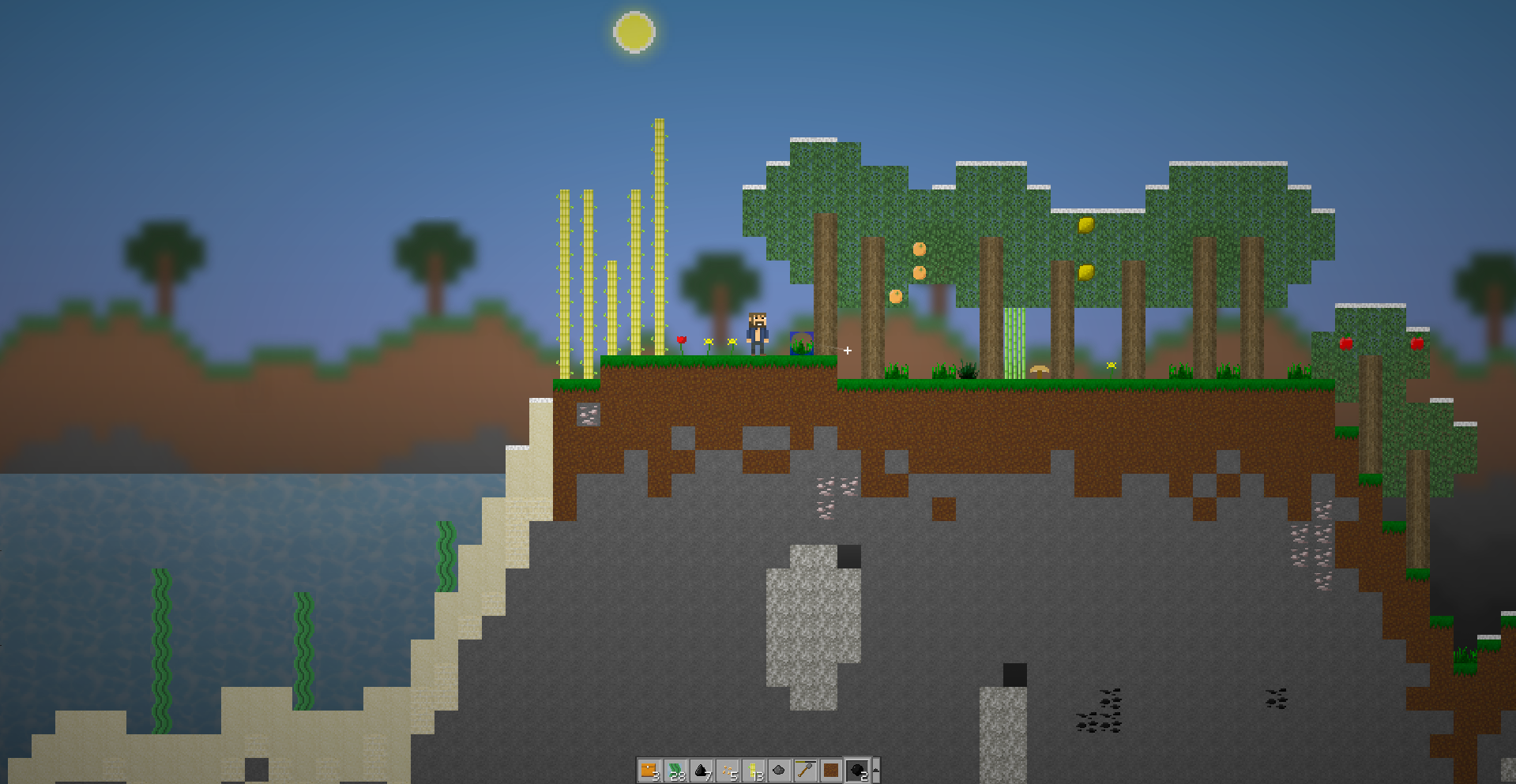 Overview
As of the day this post was written, the port is 60.7% done, which is 10.6% higher than initial release a month ago!

In that time, there have been 4 weekly updates - one every Friday.

Significant improvements were made to the stability of the game thanks to these early testers: the game better supports low-end computers, some graphics-card-related crashes were fixed, and other crashes are now automatically reported so I can easily find and fix strange bugs!

Block Behaviors
One of the things I tackled first was block behaviors - making sure liquids flowed, doors opened, and redstone... redstoned.

Most block behaviors have been ported over by now, but a few more complicated ones are left still to tackle. Surprisingly, the piston car in the Mine Blocks 1.30 update video already works well!

Hotbar and Items
Before taking on the big and scary inventory code, I needed to at least get the hotbar working, so players could place different blocks and use items. It felt great to get well over 200 items (in addition to the existing blocks) gradually into the game and functioning. Of course, many items cannot work yet without their respective features being added, but that's taking shape with every update.

Lighting
A first version of the lighting system was added! It runs way better than the lighting in Mine Blocks Classic ever did (that's not saying much though lol), so I was really happy to get that in and see some worlds in a "new light" hahahohohee!

Doubled FPS
I don't think many people know this exactly, but it's not really a secret: Mine Blocks Classic always ran at 25 frames per second

. When I started working on Mine Blocks Beta, I decided I'd go ahead and double the FPS, to make for a more smooth and modern experience.

One downfall of this is I have to correct all of the physics with this in mind, otherwise everything will be moving twice as fast, half as far, or have some other strange timing behavior. So, that has made porting a bit more difficult. But ultimately, in my opinion, it is super worth it. The game feels really great at a higher FPS!

What's Next for Beta?
What's next?? Just everything else, I guess!

Well, more specifically, the next Friday update will have item drops, falling block entities, and a couple smaller things as usual.

For the next couple of months, I'm hoping to port the inventory, world saving, and mobs. I think those are the most important features to bring the Classic experience into Beta the quickest.

What's Next for Zanzlanz?
Why a couple things are coming soon!

So stay tuned for all that! Until then, have a wonderful week, and wait, Fault is back??

Posted 1 year ago.
Return to posts page
Posts around this time
All posts ➜
»
Mine Blocks 1.30 has Released!
Nov 13, 2020 - Featuring hardcore mode, hostile spawnskins, and much more!
Goodbye 2020!
Dec 31, 2020 - Check out what I did during the strange year of 2020!
Zanzlanz's Collector's Bundle!
Jan 16, 2021 - 11 games, 100 achievements, and 1 leaderboard!
Comments on this post
To keep comments relevant, commenting on old posts is disabled.
Please use a different way to contact me. Try Ask.fm or Twitter. Thank you!
Previous page
Page of
Next page
This site uses cookies to save games and logins, and to hide this dialog lol. Third parties use them for social buttons, targetted ads, and analytics.
Yay, thank you for all the cookies.
Cookie/Privacy Policy