Here's another small patch for Mine Blocks, thanks to your feedback and bug reports on the Discord and in the comments on these posts!
To see the previous changelogs, check out the 1.29 and 1.29.1 posts.

See below for the full Mine Blocks 1.29.2 changelog!

You can now summon a sheep with a specific wool color!

Always backup your worlds before playing!

What else is new?

I fixed a couple things in my Haxe game engine, which is always nice! I've been doing a bit of research into WebGL optimizations, and boy do I have a lot to learn. But it's a bit of a rabbit hole, and I can address those improvements after I start porting Mine Blocks to Haxe.

Last weekend I went to GDEX with my co-workers! It was a really cool experience, and I had a lot of fun! We even won a Best in Show for Sound Design! 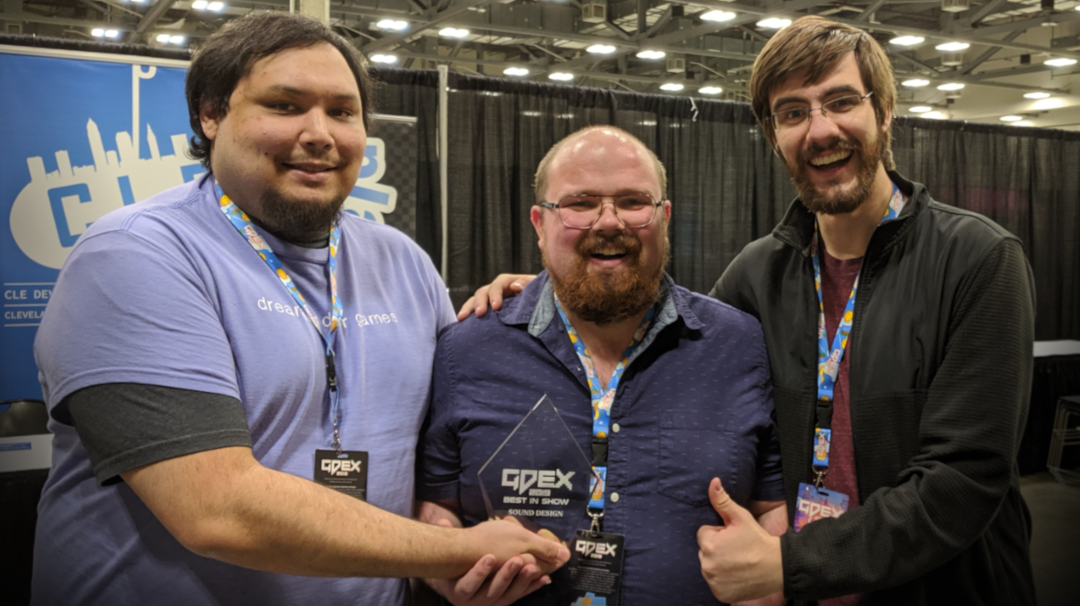 Here we are being excited and exhausted at the same time!

That's about it for now, but there'll be more news pretty soon!

In the meantime, hope you enjoy the Mine Blocks fixes! Cya!
- Zanz

Posted 1 year ago.
Return to posts page
Posts around this time
All posts ➜
»
A Small Mine Blocks 1.29.1 Patch!
Oct 5, 2019 - See what was fixed in Mine Blocks 1.29.1!
Goodbye 2019!
Dec 31, 2019 - See what I did in 2019 with this traditional yearly recap!
I Made Music for The Henry Stickmin Collection!
Aug 7, 2020 - It's true! Check out these new tracks I made for The Henry Stickmin Collection.
Comments on this post
To keep comments relevant, commenting on old posts is disabled.
Please use a different way to contact me. Try Ask.fm or Twitter. Thank you!
Previous page
Page of
Next page
This site uses cookies to save games and logins, and to hide this dialog lol. Third parties use them for social buttons, targetted ads, and analytics.
Yay, thank you for all the cookies.
Cookie/Privacy Policy