It's finally here! Mine Blocks 1.29 has been released!

And it's a doozy; there are a lot of additions, bug fixes, and tweaks! The update doesn't follow much of a theme, so I hope you enjoy the overall improvements to the game.

See below for the official update video, release overview, and the full changelog! 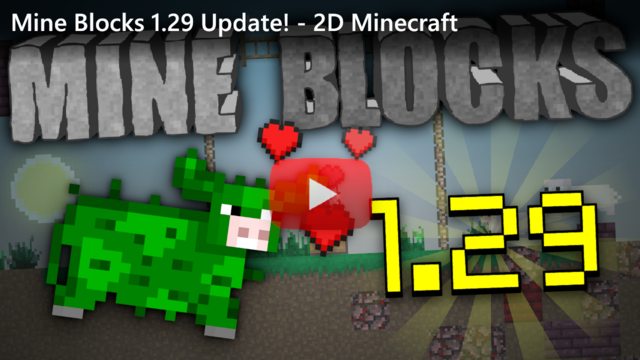 Make sure to backup your worlds before playing! 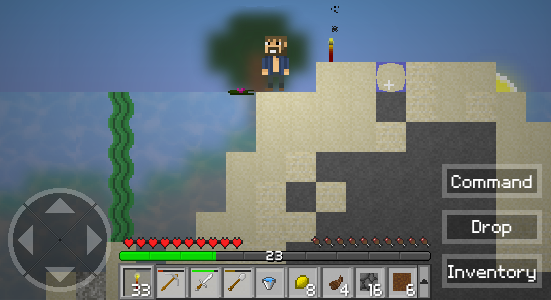 Right click!
At long last! You can right-click to place blocks, use items, and more!

And there are now touch screen controls for playing Mine Blocks on tablets!

Some other control changes include a shortcut to toggle the HUD, and a button to reset key bindings in the settings! 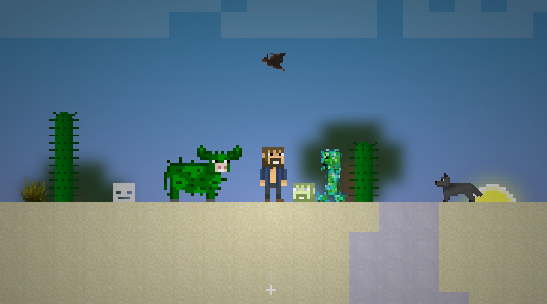 New mobs!
Mobs were completely recoded in this update, so new mob-related features are easier to add!

There are now cactus cows (also known as cowcti!) and bats!
Animals now follow you when you're holding their food! If you feed two like animals, their baby animal will spawn!

Also there are charged creepers, which can explode monsters into mob heads!

New animations!
You can now charge your throw when shooting arrows, spears, and more!
And better yet, there are splash potions you can throw!

There is a new death animation, and there are now red hurt frames for mobs!

And lastly, sleeping and eating are no longer instant!

New powerful commands!
Spawn mobs with the summon command, create blocks with the clone and setBlock commands, control the console with say and cls commands, and clean up your inventory with the clear command!

Command history is now saved between switching worlds up to a higher 100 message threshold!

Minecart overhaul!
Minecarts have improved physics, so they're faster and collide with other carts!

There are now furnace minecarts and chest minecarts, making minecarts much more useful and automatic!

And you can now sneak past minecarts to avoid bumping them around! 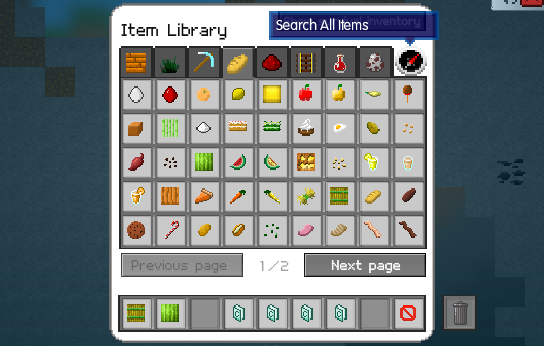 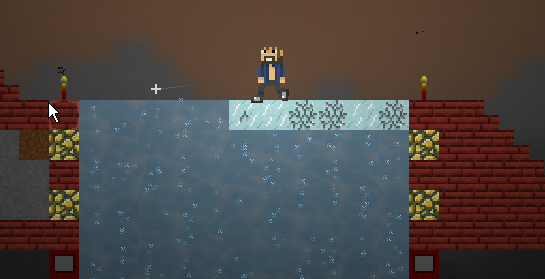 And so much more!
There are a LOT of changes scattered around this update!

For example, there are magma blocks and bubble columns! There are new enchantments: depth strider and frost walker! And keep an ear open for the new enderman sound effects!

And again, a lot more!


Check out the changelog below for ALL the additions, tweaks, and fixes!

The Full Mine Blocks 1.29 Changelog:

Tweaks:
- Zombie pigmen drop netherwart in the nether instead of the nethereye
- Squid now take damage when out of water
- The player is no longer pushed by water when flying
- Choosing a game mode when making a world also sets cheats automatically
- Command history increased from 10 to 100 commands
- Many blocks will no longer place in invalid locations
- Containers and the crafting table now close when you are too far away
- Desert shrubs and grass can now be placed on coarse dirt
- Mushrooms can now be placed on coarse dirt and wood
- Cacti can be placed next to more types of non-solid blocks
- Thrown snowballs are saved when the world is closed
- Rain no longer converts lava to obsidian and acid to cobblestone
- Spiders are now one block tall - Thanks Andy Liu
- Tamed wolves follow the player more closely
- Tweaked how to orient stairs and slabs
- Increased brightness of rain particles
- Topaz ore can now only be broken by an iron pickaxe and above
- Sneak and down keys are different bindings - Thanks Aw7some Griffininjadie
- Updated social media links on main menu
- Snow golems make throwing sound
- Spear damage reduced from 5 to 3
- Wooden and stone sword base damage reduced by 1; iron by .5; and gold increased by .5
- The hotbar slot change sound plays in more situations
- Improved issue with sticking to and climbing up walls
- Improved camera smoothness with the player and the clouds
- Converted fill command to use width and height instead of X2 and Y2 coordinates
- Wool, wool backdrops, dye, carpet and potions now have default types when given with commands
- Game mode buttons can be selected by their labels
- Decreased likelihood of crash-related item loss and item duplication
- Moved command output higher to no longer overlap command window and item text
- The dirt backdrop has randomized rotation
- Using better SWF compression to improve size of game
- Optimizations and fine-tuning to lava, acid, cactus, and detector rail collision
- Fishing time adjusted to emphasize effects of the lure enchantment
- Renamed "grow wheat" achievement to "grow a farm"
- Changed item name "Gun Powder" to "Gunpowder"
- Changed item identifier "block_of_topaz" to "topaz_block"
- Changed item identifier "rabbit_foot" to "rabbits_foot"
- Changed item name and identifier "Enderpearl" to "Ender Pearl"
- Changed item name and identifier "Experience in a Bottle" to "Bottle of Enchanting"
- Changed item name and identifier "Sticks" to "Stick"
- Changed item name and identifier "Rock Backdrop" to "Stone Backdrop"

Thanks for playing! I hope you have fun in the update, and hope to see you soon!
- Zanz

Posted 1 year ago.
Return to posts page
Posts around this time
All posts ➜
»
Website Redesign!
Aug 4, 2019 - Zanzlanz.com was completely redesigned! Check out the full site tour!
A Small Mine Blocks 1.29.1 Patch!
Oct 5, 2019 - See what was fixed in Mine Blocks 1.29.1!
The Mine Blocks 1.29.2 Patch!
Oct 20, 2019 - Check out what was changed in Mine Blocks 1.29.2!
Comments on this post
To keep comments relevant, commenting on old posts is disabled.
Please use a different way to contact me. Try Ask.fm or Twitter. Thank you!
Previous page
Page of
Next page
This site uses cookies to save games and logins, and to hide this dialog lol. Third parties use them for social buttons, targetted ads, and analytics.
Yay, thank you for all the cookies.
Cookie/Privacy Policy