It's been a while, but I finally have a few things to write about! 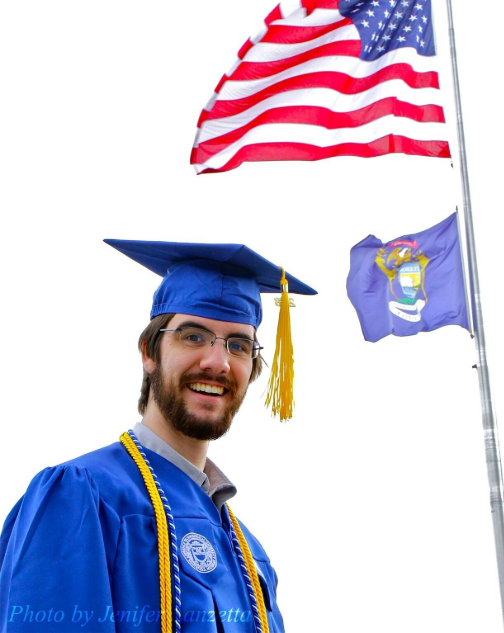 And now that I'm done with school, I return to working a fulltime job at Dreaming Door tomorrow (Monday)!

If you do the math there, I had an entire 30 days of free time between graduating and starting work. Amazingly, I used every single day of my time off to get as much as I could done on my projects. And that's the topic to today's blog post!

Below are sneak peeks at 4 of the projects I've been working on:

Zanzlanz.com has had the same design since 2014, so it's getting a bit old! Plus, it isn't designed for small mobile devices. I decided to start working on another redesign of the site to make it more modern, work on mobile phones, and be able to support my future plans.

This month, I was able to finish redesigning the home page. Here are some of the changes I decided on:

Here you can see how the site looks in the smaller (mobile) view. Nearly all the information is still there, just more compact.
The entire website will do this! 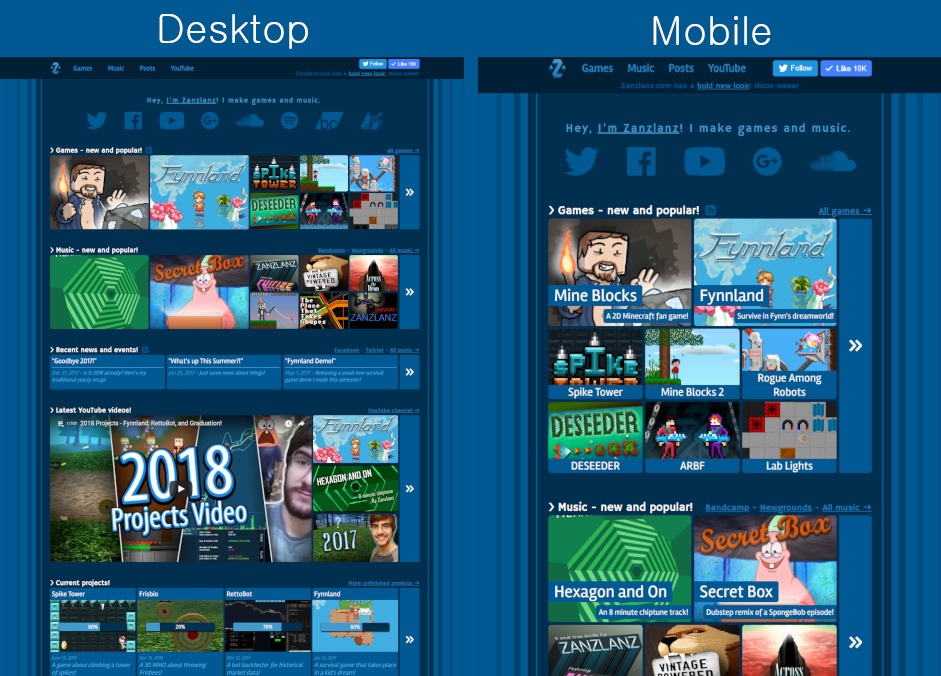 I also finished redesigning the about page and games page. Both include additional improvements.
Below you can see a comparison between the current games page and the new one. It's visually more dynamic, mobile friendly, and a bit better compressed.

Overall, the site redesign is going very well! I have another 20 pages to switch over before it goes live.
You can track the progress here on the homepage.

Now is the best time to make your suggestions or requests for the new website. I'd love to hear your thoughts in the comments! And don't worry... Phil will not be going away :3

In order for my games to work after the year 2020, I have to re-code them in a different programming language. I decided to port them to Haxe and Lime, by creating my own OpenGL ES game engine. I started this process about a year ago!

I barely had experience writing OpenGL code before now, apart from some stuff from school and my ShaderToy shaders.
Here are some of the tests I did while creating the engine:

Only a few things are left before I can start porting my games to my new engine! I'd like to start the move to my engine by porting Human Apocalypse, and work my way forward until it's good enough to port something like Mine Blocks. It's such a slow process, but hopefully I can be efficient!

I've been working on a professional web app called RettoBot since the start of the new year. It's a site that makes it easy for programmers to write trading bots and test them on real historical data. This is for things like stocks and Bitcoin.

Over the past month I made a lot of progress with project management and the main interface. 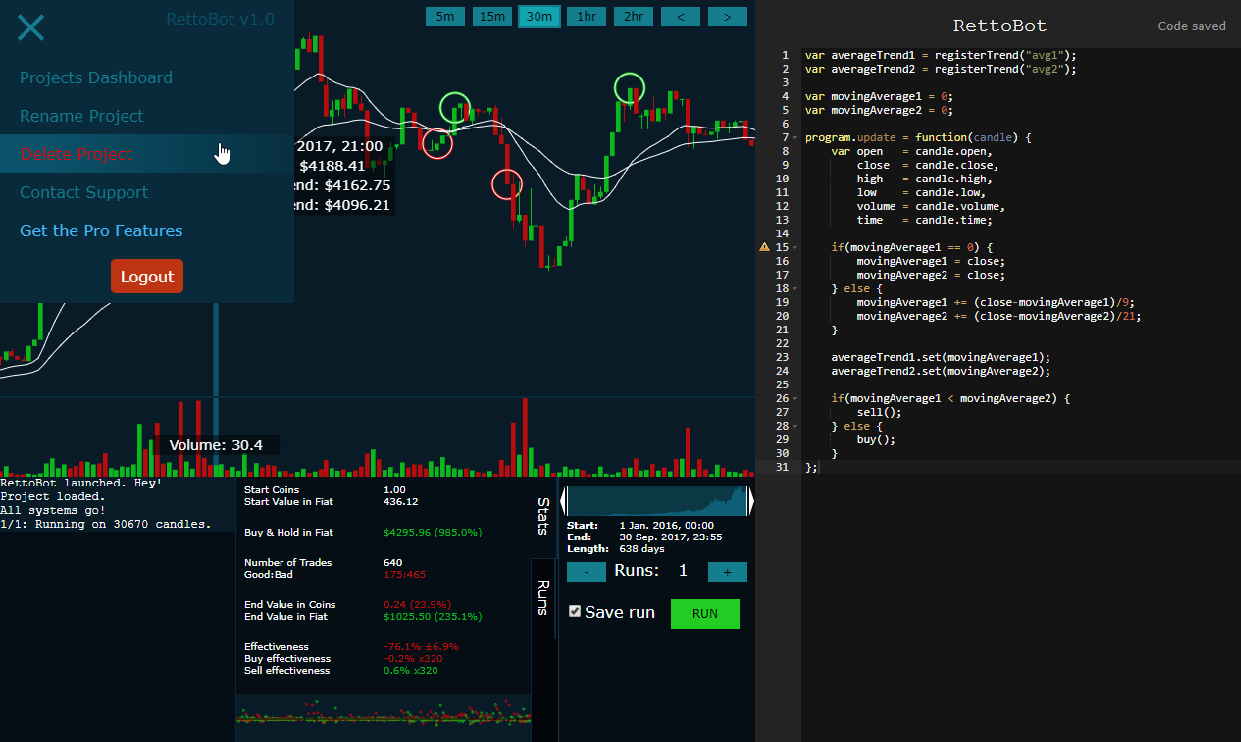 My favorite thing is RettoRat, the site's mascot. RettoRat hangs out on the 404 pages and dialogs:

RettoBot is nearly functional enough for me to do a closed pre-release testing with some friends. I'll get some good feedback, polish the site, finish it off, and try for a real release. I'm really excited to see how it goes! The last non-game software I actually released was probably a drawing app when I was like 12 years old haha!

Mine Blocks 1.29 has been making good progress too!

One of the tasks was to re-code all of the mobs! This was so I can easily add new features to them, and then port them to Haxe when the time comes. I documented my progress in a Twitter reply chain, which shows that I started doing this in February 2017. And now the only one I have left is the ender dragon! :D

Zombie AI was separated from rendering!

Slimes and Magma Cubes are done!!

The code for mobs is 70% smaller now!

The ender dragon is only one left to re-code!! [ 0.o] pic.twitter.com/kRI1App27J

Right now I'm working on some big features. It's been a while since the last update, so I can't wait to get to that point!

The changelog is at 59 changes/additions, and there are around 32 more to do before the update is finished.

That's it for now!

It feels really nice to be making so much progress, and I think I'm getting a lot closer to finally finishing some of these big projects. Things will slow down a bit now that I'm starting work, but the big push this month helped build excellent momentum, and I think I'll be able to release some cool stuff soon™!

Post any questions/comments about these projects below! And if you're on summer vacation too, what are your plans? :D