"Mine Blocks is an HTML Game Now!"
❮
Previous
Latest
Next
❯
Tweet

The newest Mine Blocks update is here! 1.30.3b is out now, which means Mine Blocks is playable in your browser again!

The game was completely recreated in this update, so you can play it without needing Flash Player any more. There are also a ton of bug fixes and tweaks.

Check out the announcement video and the full changelog below for the deetz!

Bug fixes
• Particles, entities, animations, and console logs now pause with the rest of the game
• Endermen now teleport out of water
• Lever can make off sound
• Closed fence gates are no longer escapable
• Nethereye spawn egg is no longer a blank egg
• Clay, coal ore, and diamond ore can now be used with canDestroy and canPlaceOn
• Command history now goes back 100 commands instead of only 10
• Health bar shows correct hearts when leaving hardcore worlds
• Blazes now drop glowstone dust instead of bedrock
• Spider properly behave hostile at night and underground
• Squid knockback behavior is less wacky
• Saving worlds with special characters in name no longer crashes the game
• Holding both mouse buttons down no longer causes items to be used rapidly
• Shift-clicked items now combine before filling empty slots in chests, dispensers, and droppers
• Flaming chickens set flammable blocks on fire again
• Explosion particles are no longer somewhere off-screen
• Nethereyes now "face" the right direction
• Splash potions no longer rapidly play the splash sound in water
• Splash potions now respect gravity when falling through water
• Depth Strider II no longer displays as Depth Strider III
• Cowctus sand dust particles no longer move based on player speed
• Minecart chest interface closes if cart is too far away
• Rafts no longer drop items when broken in creative
• All output slots of brewing stand can now be set by one item data in commands
• Spectator movement is no longer possible when in an interface
• Ender dragon fireballs properly explode when hitting mobs while player is in spectator mode
• Skin database no longer gets stuck when website is down

Tweaks
• Frame rate is now doubled to 50 FPS!
• Fence gates now connect to each other
• Torches break instantly when support is broken
• Shear renamed to shears
• Ender chest interface now has the title "Ender Chest"
• Home and tp commands now reset player velocity
• Blaze powder can now be shift-clicked into a potion ingredient if the fuel is full
• Version dialog can no longer be opened when not in main menu
• Hostile mobs with weakness potion now deal a minimum damage of 1 health

Removals
• Flash is "removed", I guess?
• Help menu replaced with wiki link
• "Allow Saving" menu no longer necessary
• Game loading screen removed
• Text is no longer selectable in FAQ and Achievements panes
• Navigating menus with the keyboard is not yet supported
• Undo, redo, and drag-and-drop in text fields is not yet supported

Changes between 1.2.0.52 and 1.30.3b:
(Mine Blocks had weekly updates for the last year, so this is just the last week of changes for those interested)

What is the next version?
The next full update is going to be 1.31, and will gain some features that are only possible now that Mine Blocks has been rewritten, so that's going to be fun! The update will be some time later in 2022.

But, after having released weekly Mine Blocks updates for over a year straight, I need to take some time to relax first xD

Mine Blocks 2.0.8
Now that Mine Blocks is ported, I'm going to spend a few months recreating Mine Blocks 2 as well. It'll be easier to port since the game is a bit better coded and much less developed than Mine Blocks 1... but since it's been so many years since I've even looked at the code, it's definitely going to take some time to get things started.

If you want to follow along with the development of Mine Blocks 2, I'll be posting updates in the #mine-blocks-dev channel on the Mine Blocks Discord! :D

Whew! That's about it for now! Thanks for reading, and see you around for my end of the year post! :D
- Zanz 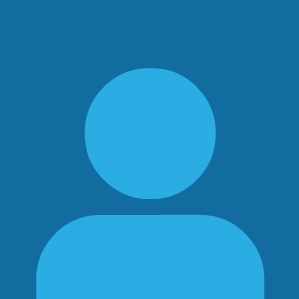 Name:
Please make sure your comment is kind and relevant to the post. A moderator will approve it before it is public.
Post comment
Previous page
Page of
Next page
This site uses cookies to save games and logins, and to hide this dialog lol. Third parties use them for social buttons, targetted ads, and analytics.
Yay, thank you for all the cookies.
Cookie/Privacy Policy